The video is on its way. Please check back here later.
1UPVOTE 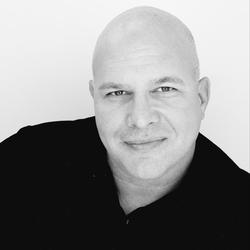 True Velocity had the honor to partner with an award-winning documentary filmmaker Donnie Vincent, a wildlife biologist and American patriot, and his production company SICMANTA to bring our evolutionary story to life. The unscripted documentary was filmed over a span of four weeks. The candid interviews with our team members tell how we have revolutionized a product commonly thought of as a commodity and brought to light why this is a life critical item and should be treated no less. Our “best and bravest” deserves what 21st Century technology does to change a 150-year-old product and allow them to serve and protect our freedoms and safety with an overwhelming and unfair advantage. We hope, after watching the film, you will understand our passion.

Our CEO, Kevin Boscamp, said “Donnie’s unique approach to filmmaking has brought us a powerful, unscripted look into what drives the company and most importantly, its employees, to deliver the best ammunition in the world to our soldiers. Often told by our Veteran employees who have distinguished themselves with over 200 collective years of special forces service, the inventor of the technology and others who work at the company each day, I think hearing their words opens everyone’s mind about why we all are committed to our mission, our nation and continued success. This film blew me away with insights into the hearts of our employees, why they’re more committed to our success than I ever imagined”.

The premier example of explorer, biologist, conservationist, and sportsman, Donnie takes a wider view of the topics he tackles while in the field, because to him, unique stories must be told. A story of ancestral heritage, native respect and the desire to live strongly, empowering us all to open our minds to the bigger picture and inspiring us to find our own adventure. "Having the opportunity to work with the men and women of True Velocity and to tell their story, and those stories of our United States war fighters, will likely go down as the most important, impactful work of my life. Seeing True Velocity’s technology and ammunition in action is, in all-essence, watching history being made before our eyes. This is going to change the world and the world of the war fighter as we know it today." - Donnie Vincent

About Sicmanta, Producers of the Film.

"Simply put, we are storytellers. Our films, photography and custom musical productions, whether for our own work, or for True Velocity, captures the story and the celebration of who we are and who True Velocity has always been. This celebration has become the main foundation of our work. For us, there’s only one major goal in the end for every project, and that is to tell a story that evokes human emotion. Stories are everywhere, and they can be as simple or as complex as life. As filmmakers it boils down to seeing past everything else, rising above the here and now in order to put ourselves in the best position possible to capture the bigger picture and to share that story with the world. It’s time to share True Velocity’s story with the world." - Sicmanta

You need to be registered as an attendee in order to comment on this talk.

You need to register to perform this action. Simply enter your email into the box below.

We use cookies This website (and some of its third-party tools) use cookies. These are important as they allow us to deliver an exceptional experience whilst browsing the site.