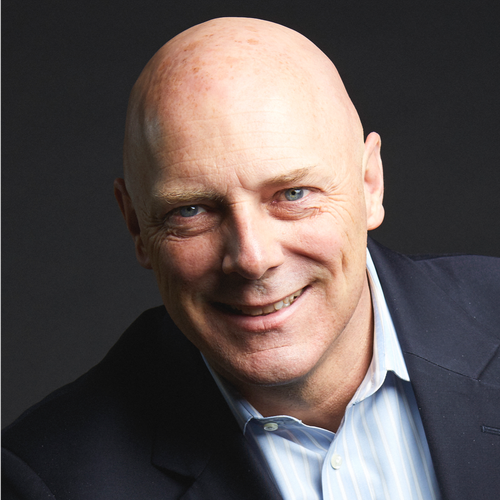 The Cyberthreat Landscape in a COVID-19 environment

As President of CrowdStrike Services, Shawn leads a world-class team of cybersecurity professionals who aggressively and effectively investigate and mitigate targeted attacks on computer networks. Under his leadership, CrowdStrike has been engaged in significant proactive and incident response operations across every major commercial sector, protecting organizations’ sensitive data and networks.

Shawn retired as FBI Executive Assistant Director (EAD) in 2012, overseeing half of the FBI’s investigative operations, including all FBI criminal and cyber investigations worldwide, international operations, and the FBI’s critical incident response to major investigations and disasters. During his 24- year career, he held a wide range of operational and leadership roles in four FBI Field Offices and FBI Headquarters. Serving in multiple positions relating to cyber intrusions since 1999, Shawn was the Bureau’s outspoken top agent on cybersecurity issues, boosting the FBI’s cyber investigative capabilities. In addition to his last position as EAD, he served as both Deputy Assistant Director and Assistant Director of the Cyber Division at FBI Headquarters; Supervisor of the FBI Cyber Crime Squad in Baltimore; and Chief of the Computer Investigations’ Unit within the National Infrastructure Protection Center (NIPC). During his tenure, Shawn oversaw major computer crime and cyber investigations spanning the globe, from denial-of-service attacks, to major bank and corporate breaches, to nation-state sponsored intrusions. Shawn led the establishment of the National Cyber Investigative Joint Task Force (NCIJTF), a multi-agency center led by the FBI, and forged partnerships domestically and internationally within governments and the private sector. He was an original member of, and key contributor to, the National Cyber Study Group, under the direction of the Office of the Director of National Intelligence. This organization developed the Comprehensive National Cybersecurity Initiative (CNCI), the U.S. government’s national strategy to mitigate threats and secure cyberspace. Early in his cyber career, Shawn served on the U.S. delegation to the G8 as a member of the High-Tech Crimes Subgroup. Shawn has been a keynote speaker in some of the largest cyber conferences in venues around the world, and he has been interviewed extensively on radio and quoted in numerous print and online publications, including The Associated Press, Business Week, Forbes Magazine, The New York Times, Reuters, USA Today, The Wall Street Journal and The Washington Post, among many others. Shawn has been a regular contributor on every major domestic television network, and is currently a Cybersecurity/National Security Analyst, Contributor, and Consultant exclusively for NBC. Shawn’s professional achievements have been recognized throughout his career. In 2009, he received the Presidential Rank Award for Meritorious Executive for his leadership in enhancing the FBI’s cyber capabilities, and SC Magazine recognized him as one of the top industry pioneers who shaped the information security industry. In 2010, he was named one of the most influential people in security by Security Magazine; received the Federal 100 Award as a government leader who played a pivotal role in the federal government IT community; and was selected as cybercrime fighter of the year by McAfee Inc. Shawn has lectured on a variety of policy and strategy topics at major universities, including American; George Washington; Georgetown; Harvard; and Johns Hopkins. He served previously as a Director on the board of SecureBuy, and on the cyber advisory board to the Governor of New York. Shawn serves on the Faculty and is a Board Leadership Fellow at the National Association of Corporate Directors (NACD) where he educates Corporate Boards and Directors about complex cybersecurity issues. He currently serves on the Strategic Advisory Committee of the Global Cyber Alliance. Shawn earned a Bachelor of Business Administration from Hofstra University and a Master of Science in Criminal Justice Administration from Virginia Commonwealth University. He is a graduate of the Homeland