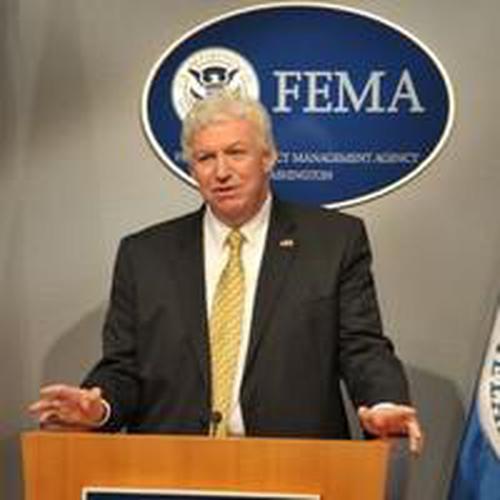 Crisis Leadership: When it matters most

The Hon. Richard Serino spent more than forty years in public service. During that time he provided extensive leadership on emergency management, emergency medical and homeland security at local, state, federal and international levels. Mr. Serino is currently a Distinguished Visiting Fellow at the National Preparedness Leadership Initiative. Serino was appointed by President Obama and confirmed by the Senate as the Federal Emergency Management Agency’s 8th Deputy Administrator in October 2009 and served until 2014. In this role, he also served as the Chief Operating Officer (COO) of the agency with more than $25 billion budget. Prior to his appointment as Deputy Administrator, he spent 36 years at Boston EMS where he rose to become Chief and Assistant Director of the Boston Public Health Commission. Mr. Serino responded to over 60 national disasters while at FEMA and during Super Storm Sandy, he was the lead federal area commander for New York and New Jersey. Serino was also on scene at the Boston Marathon bombings as the Department of Homeland Security senior official.

As the Agency’s COO, Mr. Serino fundamentally changed how FEMA operates. He helped FEMA reorient its activities and improve its programs to be “Survivor centric,” ensuring that the agency supports the delivery of services focused on easing the recovery experience of survivors – as individuals, neighborhoods, and communities. As Deputy Administrator, he also led administrative improvements that were focused on emphasizing financial accountability, created FEMA Stat, which improved the use of analytics to drive decisions, advanced the workforce training and engagement and fostered a culture of innovation.

Under his leadership, FEMA launched initiatives such as FEMA Corps, a dedicated unit of 1,600 service corps members within AmeriCorps National Civilian Community Corps (NCCC) devoted to disaster preparedness, response, and recovery. His leadership took FEMA Corps from idea to implementation in nine months. When the program is at full operational capability, and in an average disaster year, there will be an expected savings of approximately $60 million in a year.

During his tenure at Boston EMS he transformed it to one of the best and nationally recognized EMS systems in the country. He bolstered the city’s response plans for major emergencies. He also led citywide planning for the first influenza pandemic in more than 40 years. Mr. Serino served as an Incident Commander for over thirty-five mass casualty incidents and for all of Boston’s major planned events, including the Boston Marathon, Boston’s Fourth of July celebration, First Night, and the 2004 Democratic National Convention, a National Special Security Event.