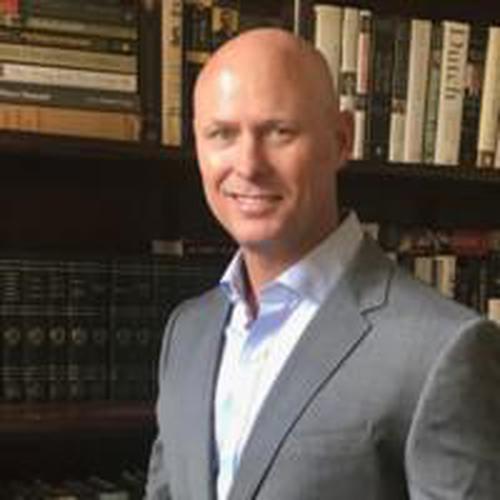 Kevin Landtroop is a cross-functional leader and entrepreneur with 20 years of operations and legal experience in National Security.

In 2019 Kevin joined Capital Factory as Venture Partner for Defense Innovation, connecting early-stage companies on the bleeding edge with future-force technology requirements while helping Army Futures Command, Defense Innovation Unit, AFWERX, and other similar government and defense S&T organizations connect with startups. Prior to joining Capital Factory, Kevin founded Overmatch Materiel Advisors, LLC and Co-Founded the Texas Defense Innovation Forum to bring together his passion for National Security and desire to work inside the innovation ecosystem in Silicon Hills. “I’ve seen first-hand the limits of current mission command technology in modern combat. I understand the problems our military is trying to solve, and I know there are innovative companies working on commercial solutions to solve them. We help them find, communicate, and do business with each other.”

Kevin also served briefly as the inaugural Managing Director of Grayline Defense in 2019. Kevin has held leadership and strategy positions at nearly every level within the Army. Kevin simultaneously served as Director of Operations, Plans, and Strategy for Legal Command, the DoD’s largest legal organization, leading their pivot from counterinsurgency to near-peer threats in multi-domain conflict. Prior to that, Kevin was Senior Legal Capabilities Trainer and National Security Law SME at the National Training Center, the World’s largest and most realistic proving ground for large-scale combat simulation training. Kevin held multiple successive positions in National Security Law, criminal investigations, and litigation, including leading a joint FBI, Navy, and Army counter-intelligence investigation and jury-trial of a senior intelligence officer at Pacific Command for multiple violations of the Espionage Acts. Kevin holds a Bachelor of Science degree from West Point (1998), a Juris Doctor (JD) from the University of Texas School of Law (2005), and a Master of Laws (LL.M) from the Judge Advocate General’s Legal Center and School (2010) (concentration in National Security and government contracts).

Kevin has two operational deployments, leading a platoon of cavalry in Srebrenica, Bosnia in 2000 and serving as National Security Law advisor to a Brigade in Al Anbar, Iraq from 2007-2008. Kevin helped rebuild Iraqi investigation, detention, and prosecution institutions for Al Anbar Province and performed due process and National Security Law reviews for over 500 detained terrorist suspects.

Kevin was born and raised in South Texas and lives in Austin. In addition to being "cool dad" for two young kids, Kevin is an avid reader of history, a golfer, and an enthusiastic chef.