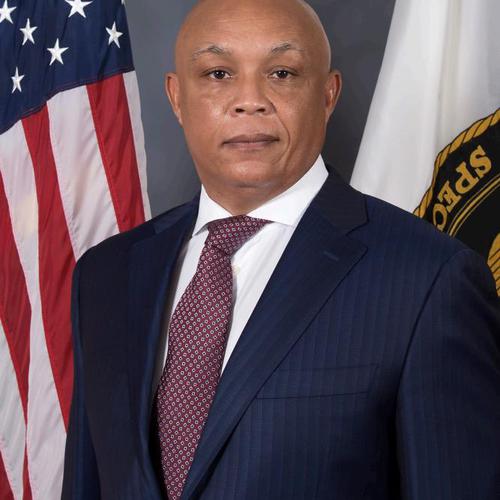 PANEL: Is there an identity crisis within U.S. Special Operations?

Dr. Isaiah (Ike) Wilson III (Colonel, U.S. Army, retired) has earned a reputation as a versatile and innovative soldier-scholar. A decorated combat veteran with multiple combat tours in Iraq and Afghanistan and extensive operational experience across the greater middle east, Dr. Wilson is a nationally and internationally-recognized leading advocate for change in how America understands and deals with matters of security affairs and uses of force, in times of peace and war, at a time when disruptive change continues to outpace organizations and organizational leadership ability to think and act fast and effectively.

Wilson's military career has spanned troop-leading, staff-planning, strategic advisory and teaching and research assignments, and he has published extensively on organizational politics, civil-military relations, national security (defense) policy, and grand strategy. His 2007 book, Thinking beyond War: Civil-Military Relations and Why America Fails to Win the Peace, along with his service on the 2003 Operation Iraqi Freedom Study Group, helped to increase public attention to the problems and errors in U.S. post-war planning for the Iraq War and sparked governmental movement toward policy reforms. He has been at the center of innovative planning in the future of U.S. intervention policy.

Previously, Colonel (Ret.) Wilson served as a strategic planning advisor to GEN Stanley McChrystal, COMISAF, and the ISAF combined-joint planning staff in support of Operation ENDURING FREEDOM (OEF) in 2009, and as chief of plans for the 101st Airborne Division (Air Assault) and resident strategist to the commanding general, David Petraeus, Mosul, Iraq during Operation IRAQI FREEDOM-1 (OIF, 2003-04). Dr. Wilson holds a B.S. in International Relations from the United States Military Academy at West Point, master's degrees in Public Policy and Government from Cornell University, master's degrees in Military Arts and Sciences from the U.S. Army's Command and General Staff College, School of Advanced Military Studies (SAMS), and the National War College, as well as a Ph.D. in political science (Government) from Cornell University.

Prior to his arrival at JSOU and U.S. Special Operations Command, Dr. Wilson served as Director of the U.S. Army’s Strategic Studies Institute (SSI) and U.S. Army War College Press, as well as a senior lecturer with the Yale Jackson Institute of Global Affairs at Yale University. He served as professor of political science and the Director of the American Politics, Policy, and Strategy program at West Point from 2005 to 2013 and was the architect and founding director of the West Point Grand Strategy Program. He has taught at the National War College, Yale University, Columbia University, and The George Washington University. Dr. Wilson is a nonresident Fellow with the D.C. think tank, New America, and a nonresident scholar with The Modern War Institute at the United States Military Academy at West Point. Dr. Wilson is also a life member with the Council on Foreign Relations and serves on the Council’s International Affairs Fellowship program selection committee.