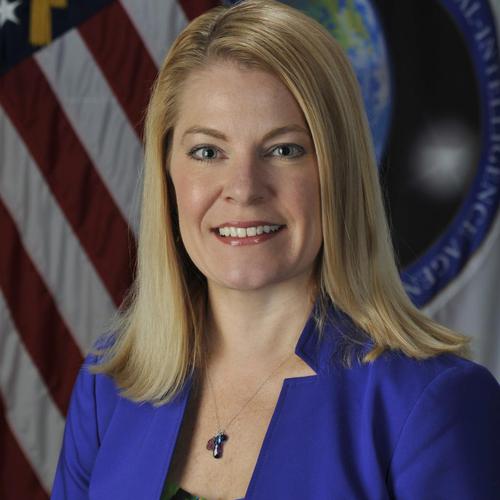 Innovation Isn't Just About The Spark

Ms. Christina Monaco joined the National Geospatial-Intelligence Agency (NGA) in April 2013 and since October of 2017 has served as NGAs Chief Ventures Officer. In this role, she coordinates NGAs innovation initiatives with agency stakeholders, government partners, industry and academia, focusing on innovation and the incubation and adoption of new capabilities that create unique combinations of people, process, and technology to sustain NGA competitive advantage. She also leads NGAs acquisition innovation efforts and strategy, chairs NGAs Venture Board, and manages relationships with the commercial sector.

Ms. Monaco joined NGA on a Joint Duty Assignment in 2013 as the Chief of Congressional and Intergovernmental Affairs, and later served as the Deputy Director of NGA’s Office of Corporate Communications. In 2015 she was permanently appointed to NGA as a member of the Defense Intelligence Senior Executive Service, and has served as the Deputy Director of NGAs Xperience Directorate and as Director of Corporate Assessment and Program Evaluation.

Ms. Monaco was born in Nashville, Tennessee, grew up in Ormond Beach, Florida, and currently resides in Alexandria, Virginia. She is a graduate of Vanderbilt University, where she earned a Bachelor of Arts degree in Russian and English. Ms. Monaco has also earned a Master of International Management degree with a concentration in International Commerce from the University of Maryland, and a Master of Science degree in National Resource Strategy from the National Defense University’s Industrial College of the Armed Forces, from which she graduated with highest distinction.